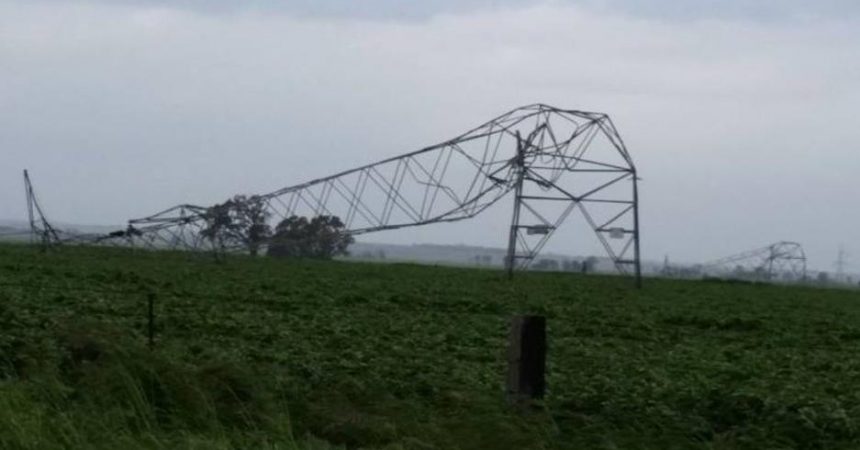 Author Dejay Published September 29, 2016 Comments 0
It is seriously grubby and irresponsible of Turnbull and Frydenburg to suggest that renewable energy and renewable energy targets are to blame for South Australia’s black out.
The SA Premier and the Australian Energy Market Operator have confirmed that ‘twin tornados’ and extreme weather blew over 23 transmission towers, caused 80,000 lighting strikes and tripped the subsequent failure of a backup connector to Victoria.
It has been confirmed in a press-conference today at 11:45 AEST by the Premier that the energy system was working under capacity when the storm first hit yesterday and there were no baseload issues. Further, once 90% of the state had been back up and running today, the capacity was still above levels of consumption.

Much has been said about SA’s reliance on wind energy, but the very fact that wind energy would be being produced at high capacity before, during and after the weather system, just explains the stupidity of this position.
Turnbull, playing to the global warming deniers in his party, proves how much of a complete failure he is as a leader and is increasingly being exposed as an environmental villain to rival Tony Abbott.
After pushing for Australia’s biggest coal mine, attacking state RET’s while keeping the national RET at ridiculously low levels, no one can now believe this man is a champion for action on global warming any more.
Reference:
http://www.smh.com.au/federal-politics/political-news/energy-minister-josh-frydenberg-says-south-australia-blackout-raises-questions-about-renewables-20160928-grques.html
Tags black out, Climate Change, energy, extreme weather, frydenburg, global warming, renewable energy, Renewable Energy Target, renewables, RET, south australia, turnbull, wind energy Category Democracy & Law, Environment & Wildlife, Global Warming, Infrastructure & Services Views 19543
Share this post:
Dejay

Sydney's Housing Bubble Can Be Fixed!